If you have a standard transmission, chances are you have a clutch. And by “chances are” I mean “you most definitely have one”.

Here’s How You Know Your Clutch Is Going Bad:

You may experience one or more of these symptoms if your clutch is going.

If you’ve been driving your car regularly, you’re familiar with how the clutch pedal normally behaves. When things change, that’s when you know there’s a problem.

The problem might not be with the clutch itself though. For example, if the clutch CABLE wears out, you might experience some of the above symptoms. It’s cheap to replace a clutch cable though, so that’s no big deal, and sometimes an adjustment is all that’s necessary to fix the problem.

You might also have to replace the clutch (if it’s worn out), and the flywheel could also need machining or replacement depending on it’s condition.

The Price Of Replacing A Clutch

If it turns out that your clutch is actually worn out, it’ll need to be replaced.

Replacing a clutch can be a labour intensive job – the LOWEST priced clutch job I’ve ever seen was $500, and that was on a very small and inexpensive car. The average price of a clutch replacement today is between $800-1500.

That price includes machining or replacing the flywheel too.

Pictures Of A Worn Out Clutch

Here are some photos of a recent clutch job I did. There are some descriptions underneath each photo so you can see the different ways that a clutch wears out: 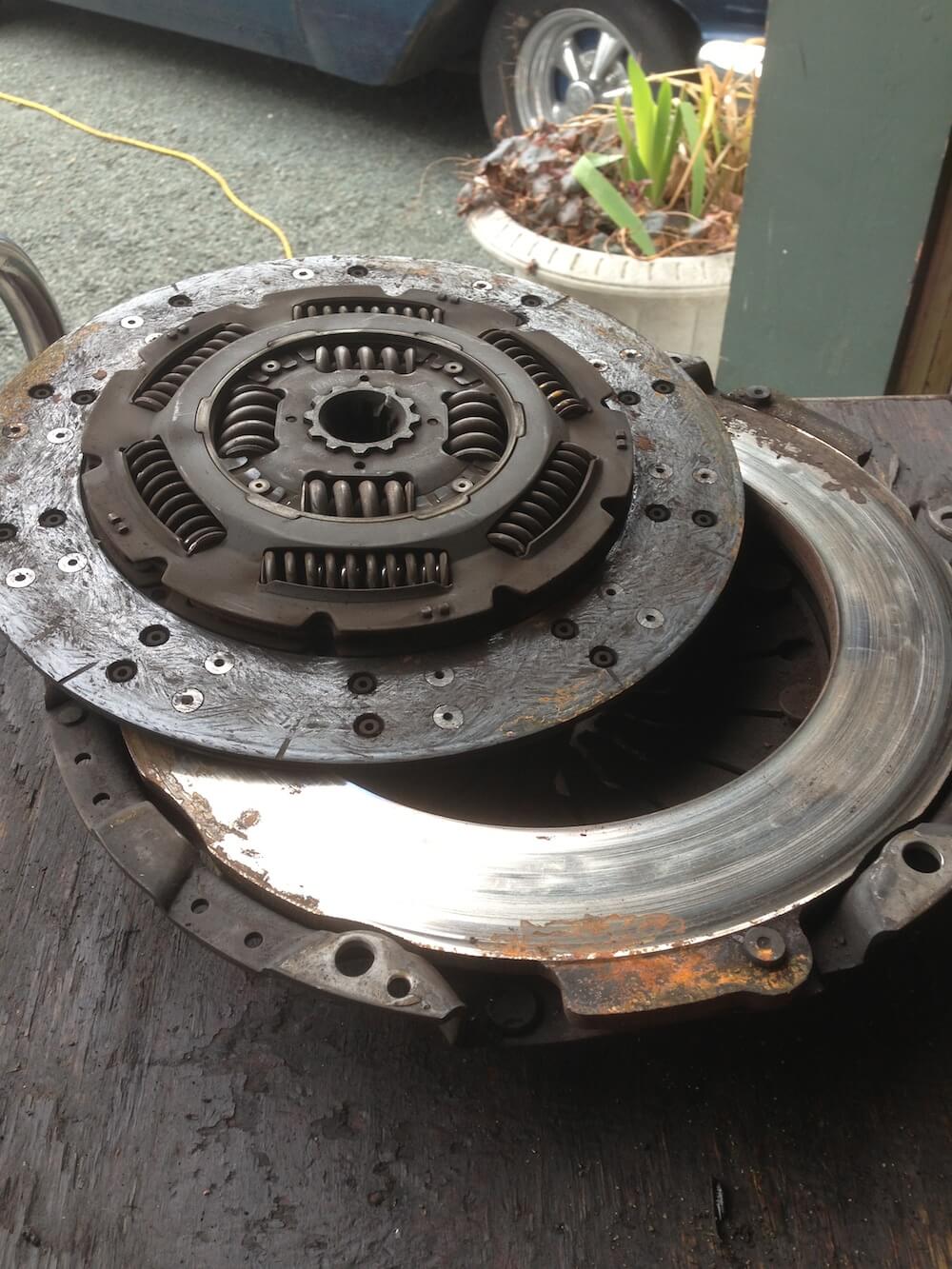 Here you can see the clutch disc and the clutch pressure plate. Both are severely worn and heavily grooved. 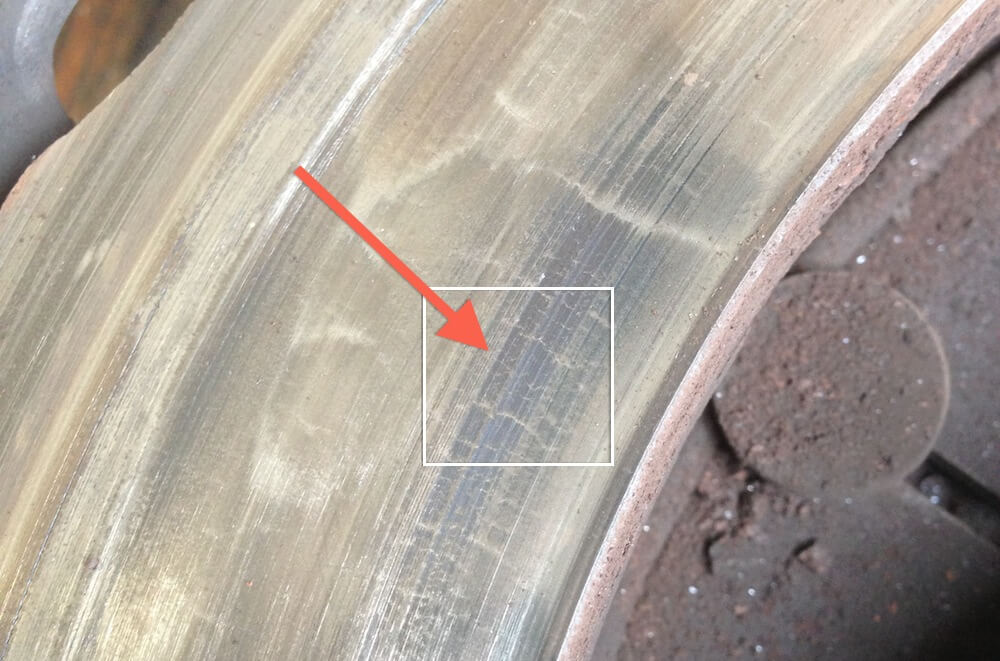 There are heat cracks in this clutch pressure-plate where the arrow is pointing. These can be machined out as long as they’re not too deep. 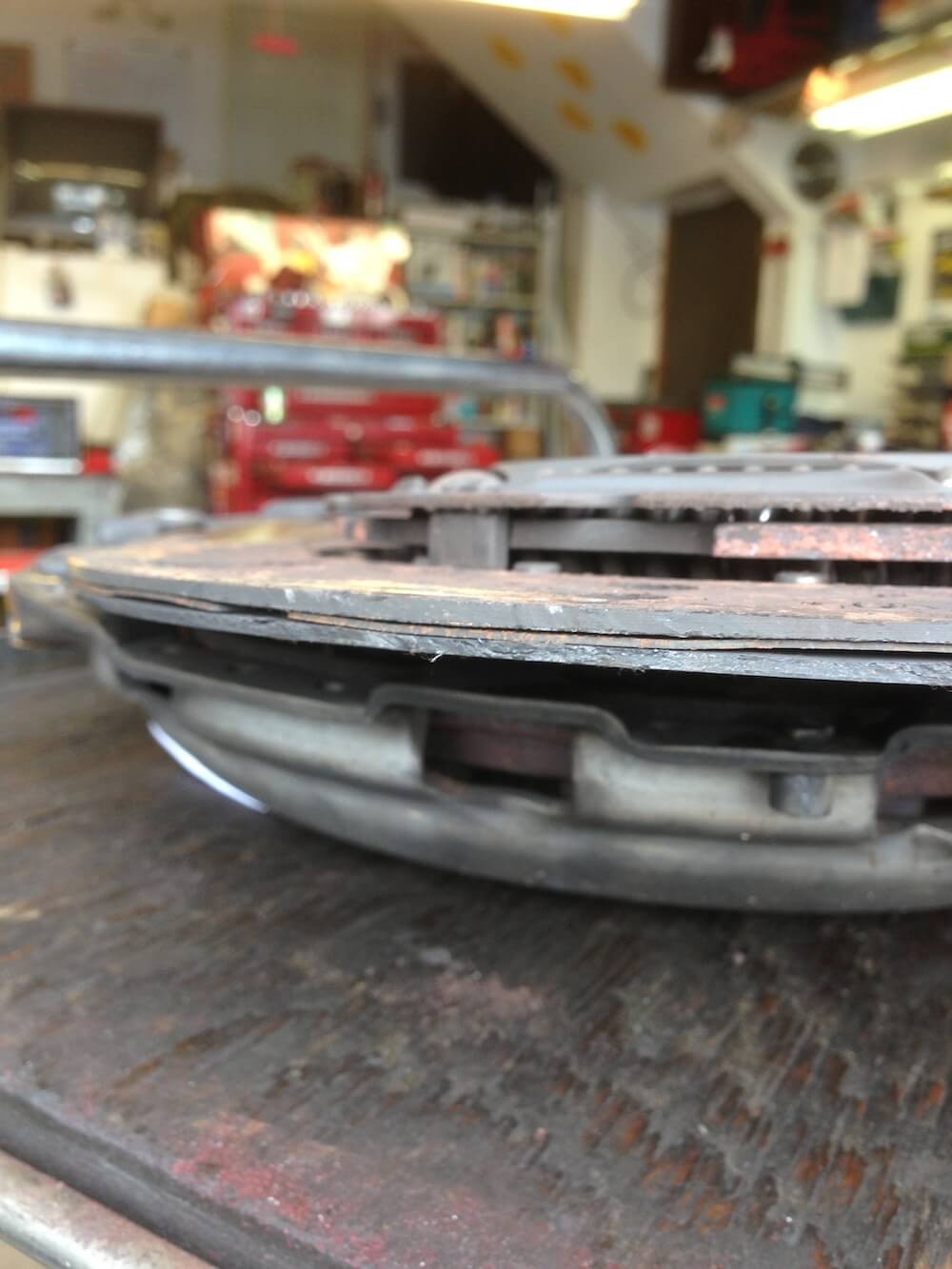 This is the edge of the clutch plate. It’s normally supposed to be about twice this thick, but it’s all worn out now. 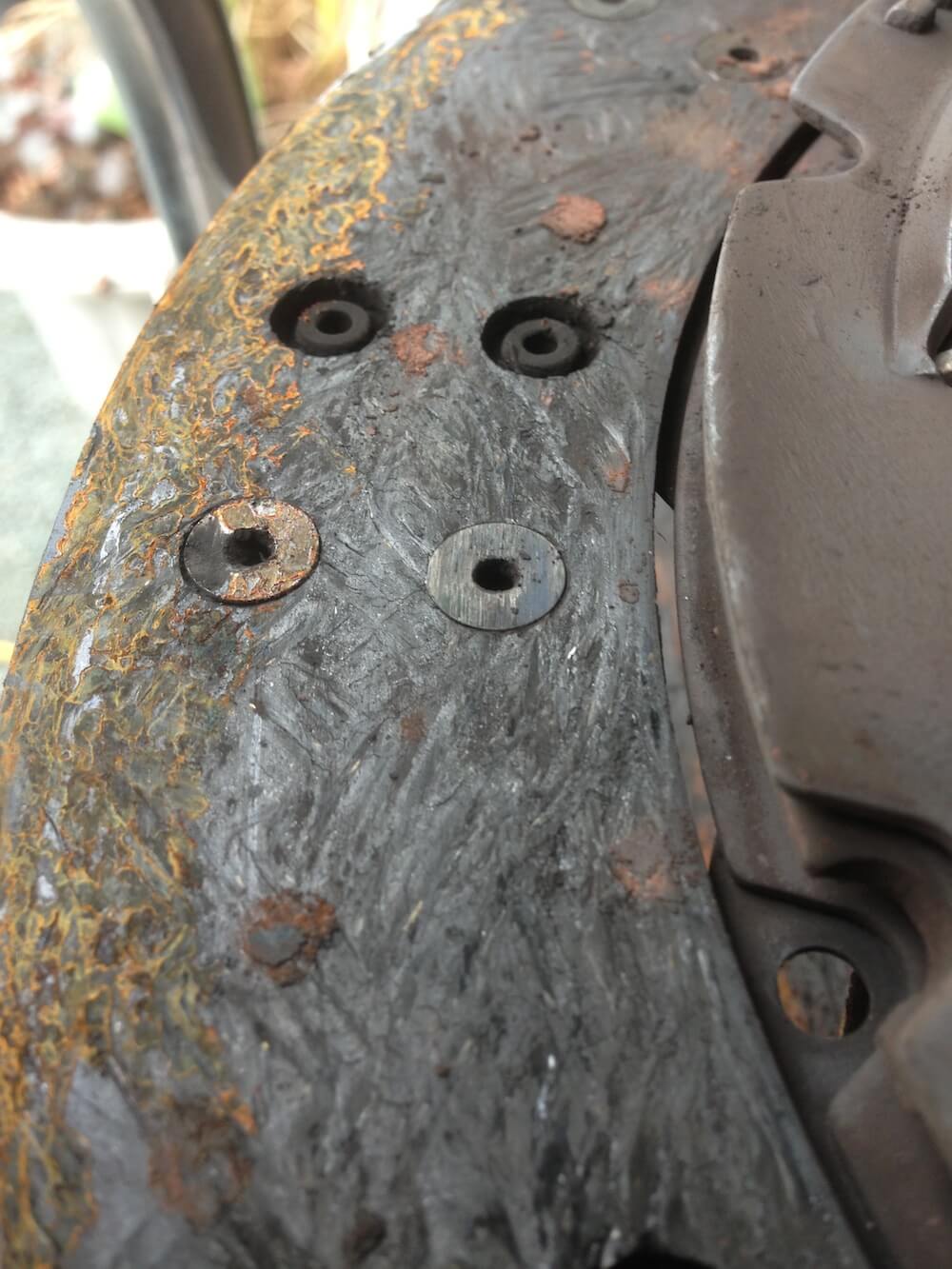 This is the edge of the clutch disc. You can see here that the rivets are worn halfway through, and the surface of the disc is worn away.