When I was 16 years old (1977) my Opa pulled his old 1960 Pontiac Laurentian by chain with his truck to my house in Aldergrove. At one point we even lost a tire during the journey because the lug nuts were loose, but it didn’t matter because after years of pestering my Opa to give me his old car, he finally told me I could grab it.

“We’re selling the farm. If you want it, you’ve got 2 weeks to come and get it” he told me.

All I had to do was get it running, and then I could start driving it.

The car had sat for 7 years without running, so it made sense that it wouldn’t start. I found out that the spark plug wires were brittle and cracked, so I got some “cut-to-fit” spark plug wires and she started right up!

Once I got it running, I found out I had a backfire in the carburetor. It had hardly any power at all.

It turns out the cam shaft lobe was rounded off, and I had a couple of burnt valves. I took the heads off and had a local machine shop in Langley rebuild the heads and they supplied me with a new cam & lifters to take care of the bad lobe. I also put in a new timing chain and gear set.

Then I had to replace the differential, as all the spider gears inside were blown apart – I found a good used one at Dharney Salvage in Langley.

After that, the engine was running good, but I did have one other drivability problem, which was getting fuel to the carburetor. It turned out that the gas tank filter was plugged. Why was it plugged? The gas tank was all full of old gas that had glazed over and covered the pick-up screen. I took out the gas tank, and had the local radiator shop boil and clean the tank out using acid.

I also installed an optional power steering unit which I got the complete from an old 1964 Chevy Impala. You wouldn’t believe how hard that car is to steer without it.

After that, it ran great and I drove it for many years through my teens and twenties (like many of us with classic cars did).

An Exhaustive List Of Problems Only A Classic Car Would Have

1977 was a long time ago, and a car that’s now over 50 years old develops a lot of unique problems that most normal cars don’t have.

Between 1990-2005 my old classic was stuck in the garage (kids and a family tend to do that to you), and getting it back on the road has been a long journey, although it’s been a great bonding activity with my son.

We’ve done a lot of work over the past few years on it:

If you have an old classic that’s dear to you, then you probably have a similarly large repair list; it can be quite overwhelming to fix it all. As you can tell from above – I know what you’re going through!

Through all of that, I’ve learned quite a few places to get parts for classic cars.

Even I’m not completely done yet; I’ve still got to give the car a new paint job and spray undercoating on the bottom of the vehicle to finish up my waterproofing (galvanizing steel is such an amazing invention that was not common in 1960).

Here are some photo’s of the work I did on the differential (mentioned in the list above): 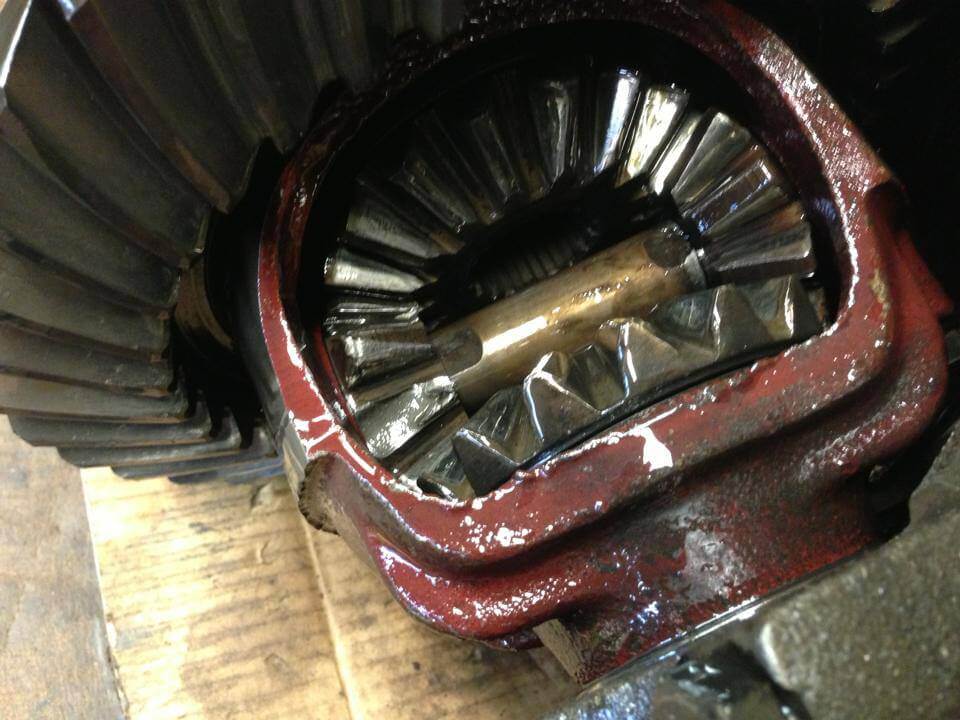 Here you can see pieces of spider gear missing. The center shaft ends are also a little chewed up from excess movement. 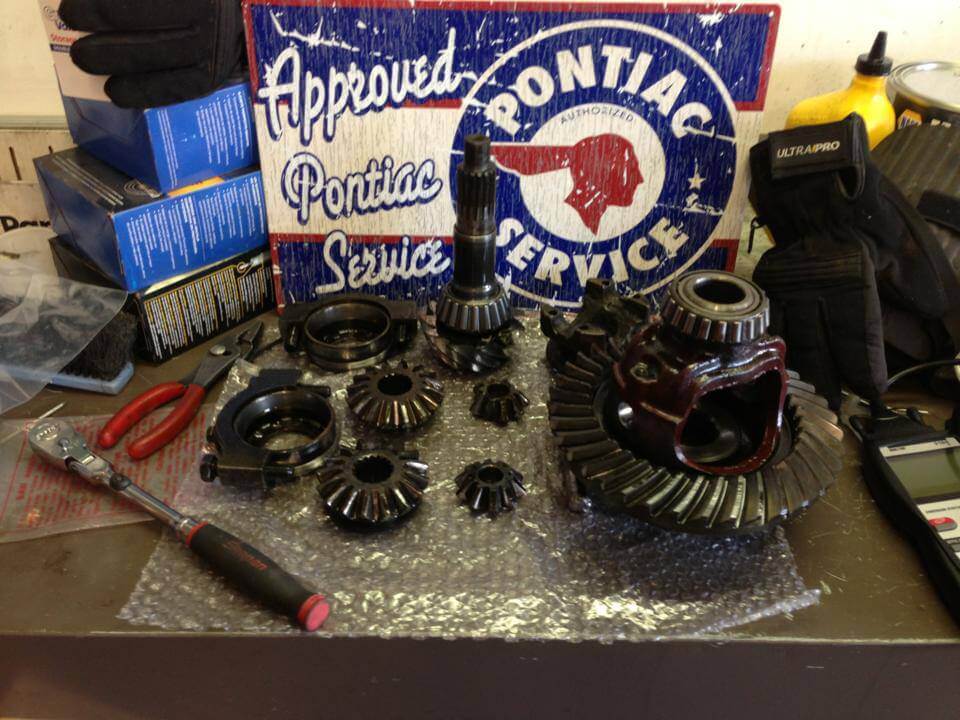 The Pontiac differential is all apart, now off to the parts supplier to fix those gears! 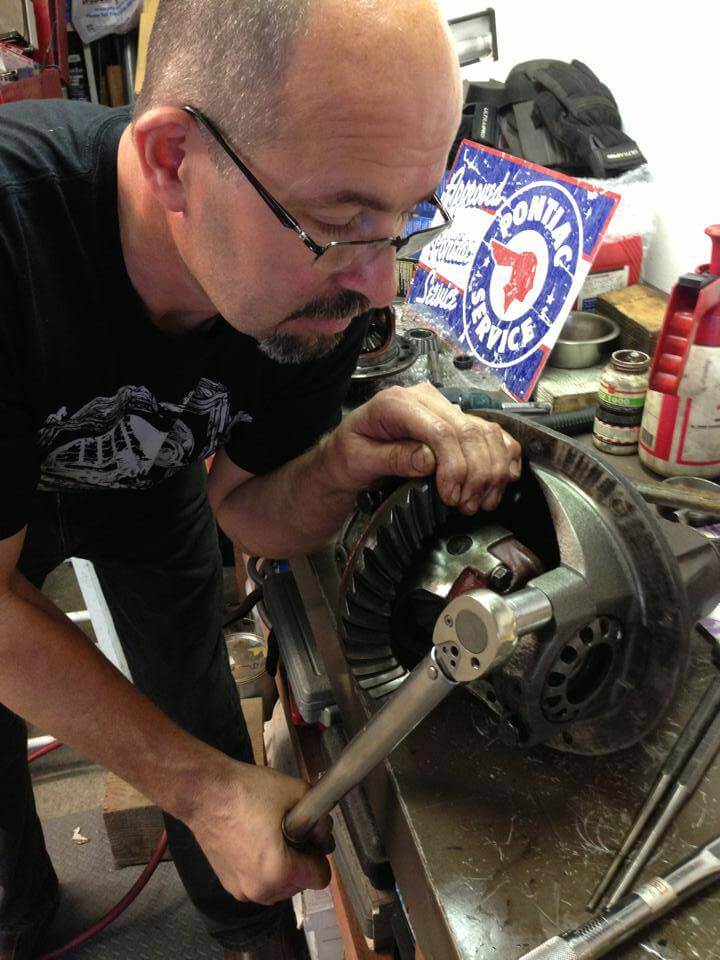 Here I am torquing the last few bolts after setting the preload to the bearings. 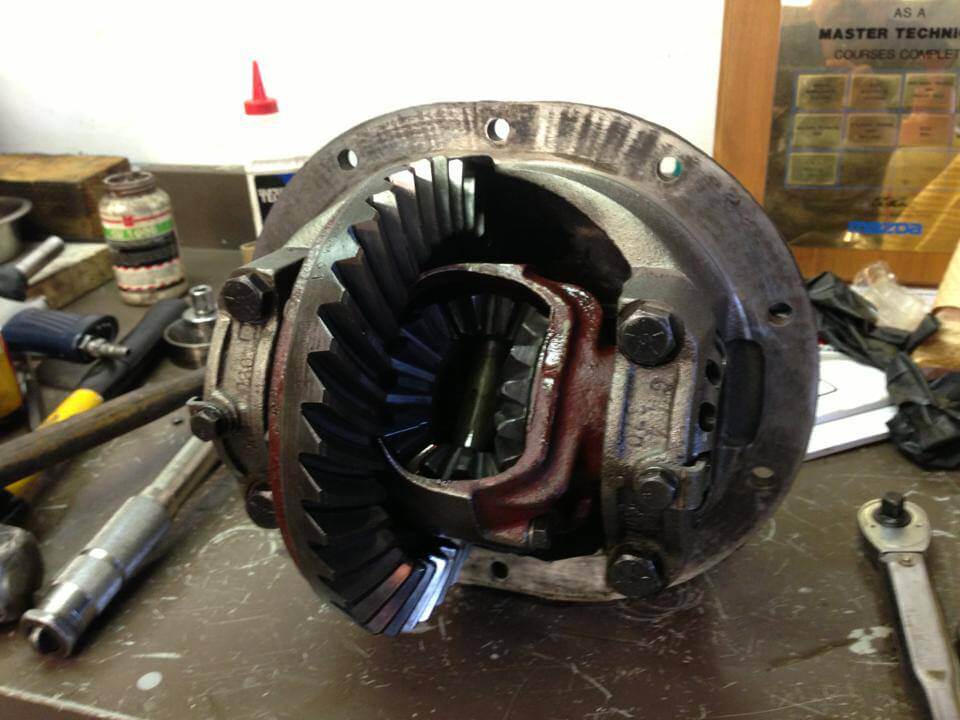 Here is the differential, all fixed and ready to go back in!

Now that you know I’m passionate about classic cars, I should probably let you know that I haven’t just worked on my own. In fact, I’ve fixed dozens of customer’s classic cars, and can figure out a solution to virtually any problem.

On top of the ’60 Pontiac, I also have a 1975 Chevy Monza with a stock 5.7L 350 V8 in it. Most car enthusiasts will immediately refute that my Monza came with that motor (stock), but there’s a perfectly reasonable explanation for that misconception.

The Chevy Monza normally comes with a smaller 267 or 305 V8, or a V6. The special model with a 350 V8 was only manufactured in 1975, and only in California, and only if you got the sport coupe. It’s such a rare model that many hobbyists (and dealerships) don’t even recognize that it exists, yet here it is under my carport.

All of this is to say that if you need a mechanic who is experienced with classic cars, I can be your guy.